Following the strong start at Snetterton in July, Jonathan has continued his impressive form. Round 2 of the season was held at Oulton Park, and another strong and consistent race managed to secure 2nd place. Jon narrowly missing out on 1st as time lost in the pit stop turned out to be costly.

Round 3 of the season was held last weekend at Snetterton. This time it was on the 300 circuit layout. Once again the rain was in attendance which as the first race of the season shows is perfect for the Lionheart Racing 306.

Candler again showed his abilities in the wet conditions. He took his first ever outright Pole for the race a whole second quicker then the next challenger. Jon Candler was on for a lights to flag outright victory but a lock up on the last lap caused him to run wide on to the grass.

This small mistake cost him 2 places and he crossed the line 3rd overall and 2nd in Class. This was a devastating blow after doing everything right for 99% of the race. That said, after 3 rounds a 1st and two 2nd places gives Candler a 100% podium finish rate. This puts him in a great position for the last round of the season at Brands Hatch on 31 Oct. 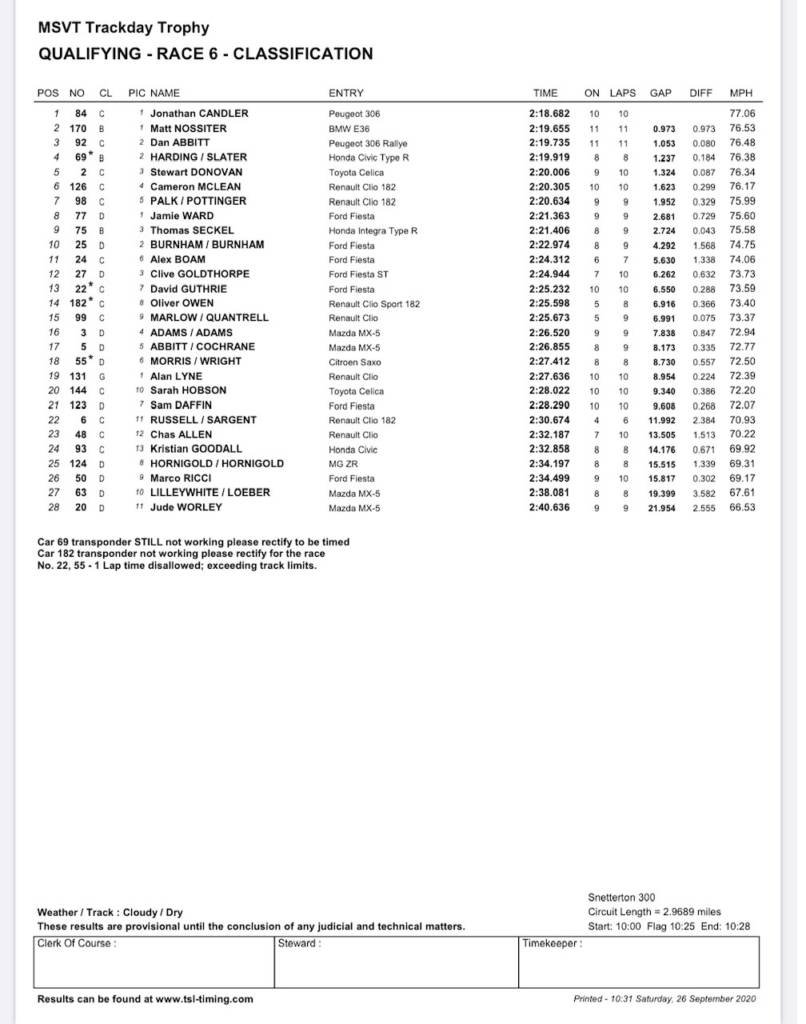 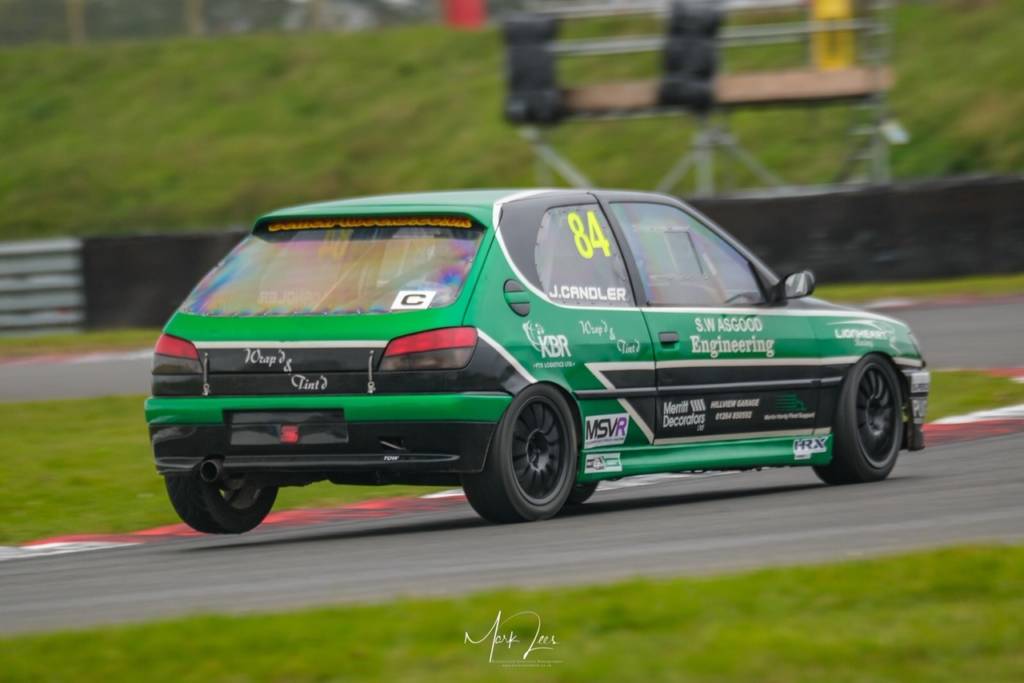